Welcome to the VAA shop

Currently, we have mp3 Lecture Recordings available to purchase and download.
The recordings are of lectures given by guest speakers at monthly meetings.

The VAA hosts monthly meetings from February to November on the 3rd Saturday of the month… whether you’re a student, a veteran, a total beginner or just curious everyone is welcome!

You don’t need a membership to shop at vicastrology.net but you will pay higher prices as a non-member – Join now 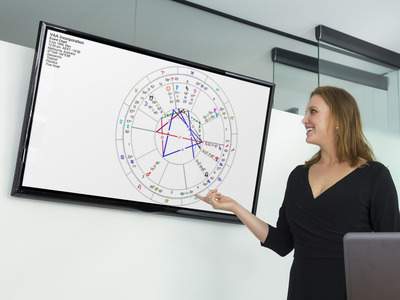 In this presentation, Alan Clay shares the research from his recently published book on Sedna.

Discover the evolutionary spiritual power of Sedna, the new esoteric outer limit of our solar system.

Alan Clay is a New Zealand astrologer, and an award winning film director and novelist.

For over 30 years he has conducted a deep research into people through his extensive work as a clown teacher.

For the past two years he has been researching a book on Sedna, which includes a comprehensive aspect analysis using all the new dwarf planets. Titled ‘Sedna Consciousness, the Soul’s Path of Destiny’, his book was launched this year at UAC in Chicago.

An Astrological Exploration of Adoption: Finding ‘Mother’ in the Birth Chart - presented by Fay Reynolds - July 2018

The seed for this lecture was born when Fay Reynolds, an adopted child, reflected on the image and influence of ‘mother’ in the birth chart. This lead to the obvious question: “Does our birth chart reveal how the birth mother and the adopted mother relate to us and how we perceive them?

Fay’s investigation and subsequent findings led to the writing of her Astro*Synthesis Thesis. As part of her thesis, Fay explored the image of ‘mother’ in the birth chart, and whether it mirrored the relationship with both mothers. She also interviewed a cross section of adopted people and incorporated their personal stories, significant planetary findings, and of course the Moon in their charts.

Fay’s presentation covers all of this and more.

Astrology has been part of Fay Reynolds’ life for over 30 years. Her passion has always been working with people. In astrology consultations, Fay allows the chart’s imagery to gently guide the direction of a client’s self exploration, knowledge and reflection towards healing and growth.

Fay is a qualified Astrologer with an Advanced Diploma of Applied Astrology (Astro*Synthesis), and is a member of the APA and the FAA.

In this lecture, Peter Burns explores the 2018 July and August eclipses as well as the eclipses of January 2019. First of all, Peter revisits the 2017 eclipses discussed during his August 2017 VAA lecture, in particular, the famous “Great American Eclipse” on  August 21 at 29 Leo.

Peter Burns has been consulting, teaching and lecturing since the early 1990’s at the FAAWA and VAA. He has a Diploma of Astrology (FAA) and a Horary Craftsman Certificate.

Peter was guest speaker on palmistry on ABC radio in Western Australia and 3RRR in 2002. He has lectured at FAA International Conferences in Australia, and extensively in the USA — Niagara Falls at the SOTA Conference, Toronto and NCGR Boston, and San Francisco, San Diego, Sacramento and New Orleans (the UAC Conference).

Peter was editor of the FAA Journal 2000-2015, and has written articles on palmistry and astrology for various astrological publications over the last 20 years. He authored “The Palmistry Textbook” in 2011 and the “Astrology Collection” in 2014.

Peter published his prediction concerning the Global Financial Crisis on his web site in November 2007 and on the basis of this prediction Peter and Alison sold their house in St Kilda as well as his publishing business, and moved to Ocean Grove.

Peter’s main focus is now on teaching and horary astrology consultations.
Contact him via his website – astrologycoursesonline.com

From her studies of the Great Pyramid of Giza, Olga discovered that 3024 is the perimeter of the Great Pyramid in feet, the exact number of years in the 36 Year Hebrew Cycle, outlined by Sepharial in his book The World Horoscope… Coincidence? Learn about this number and more as Olga discusses key discoveries contained in her book Dawn of the 7th Day.

Olga Morales has a BA in Psychology from Melbourne University, and an Advanced Certificate in Cosmobiology with a High Distinction from the Regulus Ebertin School of Astrology.

Since 1999, Olga has been consulting private clients, writing articles, teaching personal astrology to local private groups and lecturing overseas. From 2005, Olga initiated an intensive study of Stock Market and Commodity cycles using W.D. Gann’s trading methodologies and subsequently founded Astrology for Gann Traders. She now teaches all over the world through lectures and her DVDs. Olga has lectured for the VAA (2005-2018) and the FAA (2012/2016), at ATAA (2010 – 2012) and UAC New Orleans 2012 & Chicago 2018, in New York City with Bill Meridian (2013), also in Hong Kong, London, and the UAE (2013-2017).

In this presentation, Lee Lehman examines the use of Solar Returns to evaluate the significance of particular years, and the themes they present. Dr. Lehman then takes you through the method, the application, and the kinds of issues raised by this method.


Solar Returns were one of the techniques that classical astrologers used to predict future events, but their methodology differed somewhat from modern methods. Almost every astrologer has tried to use solar returns. However, there have been so many methods proposed, that the beginner in this technique is often bewildered about how to get the core meanings out of this system.

Lee Lehman has a Ph.D. in Botany from Rutgers University, and she is the author of ten astrology books.

In 1995, Lee was the recipient of the Marc Edmund Jones Award, and in 2008 she received the Regulus Award for Education.

This presentation looks at the astronomy, astrological tradition and philosophical meanings of Mercury, as well as the practical application in charts of this ever so elusive planet.

Mercury is the inner planet that acts like an outer planet, and nobody notices. He has always been a tricky and somewhat mysterious member of our cosmic family. Mercury was the original maverick of the chart, going his own way and abiding by his own rules. His close position to the Sun, his unique cycle, his ever-changing speed and direction makes Mercury elusive and hard to keep up with. This fascinating and enigmatic little planet is often overlooked. 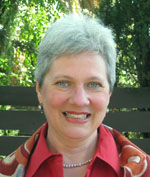 Eve Dembowski is a flower essence therapist, published writer and astrologer with a particular interest in horary and traditional medical astrology. She was one of the conveners of the 2009 and 2010 Regulus Traditional Astrology Conferences held in Melbourne, Australia. She is an international speaker having presented at the AFA conference in the US and the AA in England.

Since 2013 she has been a tutor at STA, School of Traditional Astrology presenting the STA Practitioner’s Level Horary course as intensives, small weekly classes and online. Her article on Medical Horary appeared in the March/April 2016 issue of the Mountain Astrologer.

In this lecture Christine reviews the mythology and astrology of the Black Moon and explores how her energy may manifest through the lens of the natal horoscope. She describes ways of delineating Black Moon Lilith’s placement, especially through her house position, aspects to personal planets and her transits around the birth chart.

Black Moon Lilith symbolizes the potent and primal energy of the Great Goddess. Her placement in the horoscope tells a story about where and how we may meet Her energy and be called to experience initiation into Her Mysteries, especially the Law of Cycles.

Christine Rothwell is a Professional Member of the Federation of Australian Astrologers [P.M.F.A.A.], an Accredited Astrology Teacher [AAT] and is currently an examiner on the F.A.A. National Examination Board.

Christine has been working as a full time professional astrologer and teacher of astrology since 1990 and has lectured at the Australian International Astrology Conferences hosted by the FAA in Melbourne and Sydney. She recently spoke at the 22nd FAA Astrology Conference held in Melbourne in January 2018, and currently teaches a four year astrology course that prepares students to sit the FAA examinations.

Christine’s work is influenced by an interest in mythology and archetypal psychology, as well as training in counselling, psychotherapy and family therapy. Her special areas of interest are deepening awareness of the feminine points in the horoscope and combining spiritual and psychological perspectives in both her teaching and consulting work.

This lecture considers and explores temporal and eternal time, and returns and beginnings, in the context of astrological passages.

One of astrology’s great offerings is reflecting on time through diverse techniques. Each cycle, no matter its length, has a beginning, a middle and an end, renewing itself in the birth of another cycle. There is a past and a future in every present moment marked on the path of every celestial orbit.

Time is also considered from the perspective of the unconscious and how it shapes the way we foresee transits and transitions. As astrologers, do we consider the mysteries of time enough? Have we sufficiently contemplated the intricacies of time to hold our own views on prediction, predictive techniques, ageing and recurrence?

Brian Clark has been a consulting astrologer and educator for most of his adult life. He is the creator of the Astro*Synthesis distance learning program, which has been shaped from his experience as an astrological educator over the past 35 years. www.astrosynthesis.com.au

Brian has been honoured with lifetime membership of the VAA, FAA and APA for his contributions to astrology. This year, Brian has been nominated for the prestigious Charles Harvey Award.

Recently Brian released two new books, The Family Legacy: Astrological Imprints on Life, Love and Relationship and Vocation: The Astrology of Career, Creativity and Calling, both receiving excellent reviews. His new book From the Moment We Met: the Astrology of Adult Relationships will be released in 2018.

In this Master Class, Mari Garcia explores Saturn’s cycle and the development of conscience, strength, self-realisation and personal limitations.